Real Estate Recession? Not So Fast 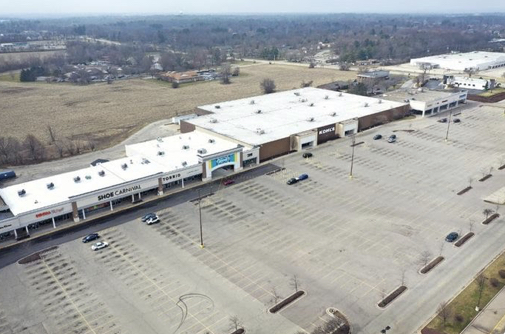 Only a couple of weeks ago we were wondering if there will be a recession because of the coronavirus. Didn’t take long to find out.

Even though we don’t yet know what we’re in for—as Dr. Fauci says, “you don’t make the timeline, the virus makes the timeline” —we can start to think about the consequences for real estate markets.

The 2008 recession was a catastrophe for real estate. Home prices in some local markets dropped 50% or more. If you bought a home or invested in a rental you lost your shirt. Why won’t that happen this time?

Because this time home prices all across the nation aren’t pumped higher than incomes, this time five million people haven’t bought homes with subprime mortgages they can’t afford. This time, if the recession is short, there won’t be mass foreclosures and a glut of homes on the market.

It’s true that there are price bubbles now in Phoenix, Tampa, Las Vegas, Denver and Miamifor example but these are moderate by 2008 standards and, more importantly, prices in most local markets are in balance with local income.

First we do need to imagine what this recession will look like. If in fact the virus will peak anytime soon (in a matter of weeks, months?) we can be pretty sure that we’re facing a compressed but “normal” recession that has predictable outcomes. I think that’s what will happen, but it’s not too hard to imagine other scenarios where a larger catastrophe awaits.

A compressed but normal recession would look a lot like the 2008 recession, but faster, deeper and shorter. The chart below shows what that recession looked like from the point of view of consumer spending and job losses. Starting at the beginning of 2007, it shows by month the annualized change in retail sales and in job growth

The drop in retail sales maxed out at 12% and the loss in jobs at 5%. People started buying things again at the end of 2009 even though jobs hadn’t yet recovered. Spending creates jobs.

The 2020 recession could easily see sales drop 20% and job losses go to 10% (16 million jobs). That will happen quickly. This can be seen by the quickly growing list of retail companies on bankruptcy watch. With government help a recovery can start soon after the virus has peaked, although nothing will be over by the end of the year. Our economy isn’t built for a quick bounce back to normal. Even a compressed recession will have a drawn-out and fairly modest recovery going deep into next year.

The 2020 recession will bring the price bubbles to an end, with maybe a drop in home prices in some markets of ten percent over the next few years. But prices in most local markets will at worst be flat.

This amounts to a fairly rosy scenario in the current circumstances. It’s not very different from my expectations a few months ago—before COVID-19 was even a word—when I already thought a recession was on the way. But one of the lessons we learned from 2008, because we didn’t do it then, is that quick help for consumers and homeowners is actually the fastest way out of a recession and (it’s an election year, after all) this time I think they’ll get it.

That depends on how much confidence they have in the idea of a sharp but short recession. It’s not hard to imagine a much longer one that destroys real estate values, in which case you want to get out of real estate as fast as you can.

But if we do see the pandemic peak in a few months, if the government does steer more funds to consumers and does help people with mortgages, there’s no sense in getting out of real estate because it’s one of the goods that will be in short supply for years to come.

A crisis is often a catalyst to accelerate trends we already knew about. I think the recession will push more people towards renting, will paradoxically push more people to live in cities (despite the higher risk of epidemics) because that’s where the best healthcare is located, and will encourage more ‘hub and spoke’ development where homes and rentals are grouped within walking distance of public transport to the city center.

This is not a time when investors need to act fast, better to see what timeline the virus sets (besides, I could be very wrong), but in the meantime they can figure out where the trends will create the best opportunities once this nightmare is over.